Holdingbolag
The 10 Best Places To Live In London

“In London, everyone is different, and that means anyone can fit in.”

— The Bear From ‘Paddington’.

People say that New York is a city that never sleeps. Well, London definitely competes for that title.

Aside from London being one of the most famous cities in the world, it is also an amazing place to live in.

Facing that choice? This is what it looks like.

And this is the scale of what you’re choosing from.

How do you choose?

How to choose the best place to live in London? – The basics

Now, a lot of people are of the opinion that only the uber-wealthy can have a decent life in London, but if this was true, why do so many young professionals live there? Why do so many families eventually settle there?

In this article, you will discover which are the best neighbourhoods in London for you and your family, and the list is replete with the amenities and facilities that are available for each listed greater London community/area.

Oh, and there is no cause for worry either: areas like Mayfair and Chelsea are not on this list: we are a tad bit more realistic and grounded than that.

Where to live in London? – An overview

No beating about the bush then: Let’s cut right to the chase. The best places to live in London are listed here.

How did we decide which places are the best to love in London?

Here’s our well-researched list of the top places to live in London:

London is one of the most multicultural cities in the world, and this holds true for all of its 32 separate districts, that, together with the city of London, makeup what we call “Greater London”.

Let us now explore the above-listed localities in a more detailed manner. Going listwise, each place will have a short description, followed by a table of amenities.

Camden is one of London’s most diverse and lively neighbourhoods. It is popular among both English natives as well as ex-pats in London.

Camden also boasts some of the best-designed family housing in London, and these are in sharp contrast to the hustle and bustle of Camden’s high streets as they are peaceful, relaxed, and quiet.

Camden is a utopia for those who are social butterflies as one needs a minimum of three lifetimes to fully explore the place.

From flats to villas, to bungalows, you will find all types of housing here.

Maida Vale has been constructed along the sides of the Regents Canal and is widely known for its green boulevards and avenues that look like they are straight out of a storybook.

Disclaimer: the properties that line the canal (i.e., the waterfront properties will not come cheap, but there are loads of other development options towards the interior of the neighbourhood that is far more reasonably priced.

Despite the calm, laid-back atmosphere in Maida Vale, the hustle and bustle of London is never far away, with upmarket places like Notting Hill and Bayswater being only a stone’s throw away.

Here we have yet another of those neighbourhoods that are a potpourri of people: those from all walks of life reside here, and Hampstead is also popular among London ex-pats.

One would not expect to find a place like Hampstead in London, because the area can be summed up in one word: quaint.

Even though it has a reputation for being on the pricier side of residential neighbourhoods in London, if you are willing to split one of the gorgeous Georgian bungalows here with another family, the locality can actually turn out to be quite reasonable to live in.

Located in what is practically the heart of the city, Fitzrovia is surrounded by places like Tottenham and Oxford Street and is rather well connected for such a busy place.

Many people would not even consider Fitzrovia a good residential neighbourhood, but a little hunting around will uncover some of the nicest places to live in the borough.

Fitzrovia is the place to live if you want the full “London experience”, replete with pubs, shopping malls, and a good collection of housing options. The demographic here leans towards the younger side. 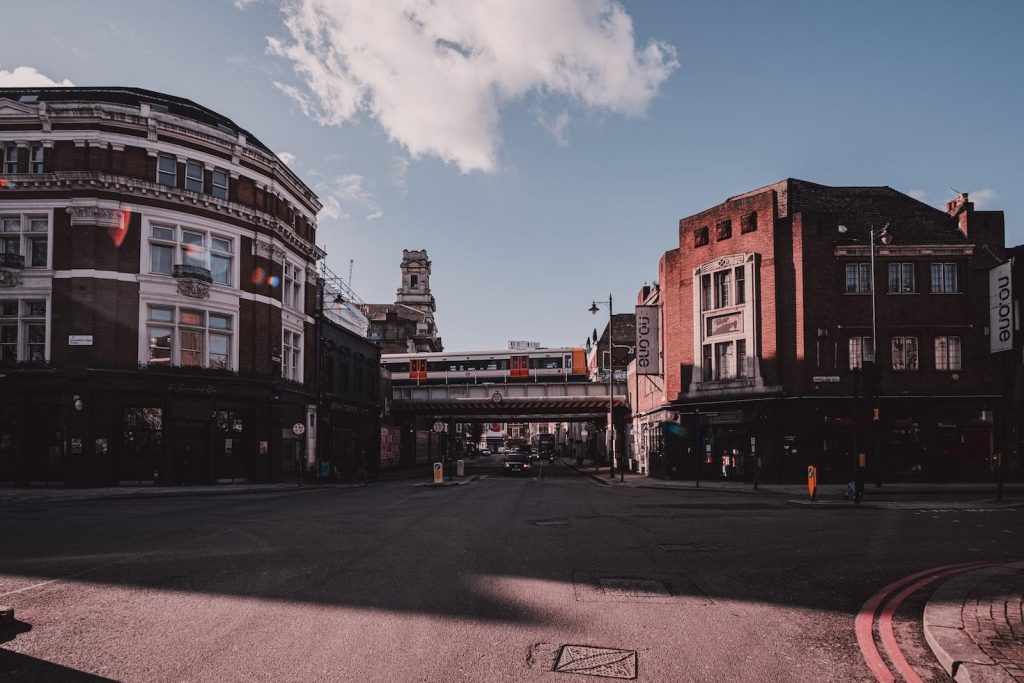 Many students as well as a decent number of families call Shoreditch home. It has excellent public facilities, a line of highly regarded restaurants, loads of activities, and if you hunt around, some of the best semi-furnished and fully furnished houses in the city.

The area also has quite a few parks and other public spaces, most of which are very child friendly.

Even though Croydon is fairly on the outskirts of London, one can journey to the city centre in just under twenty minutes on the express train line, and Croydon has loads of other transport networks available too.

Being situated a little bit further away from the city proper means that the housing and utility payments here will be a good deal lower than that in the city itself.

This is why Croydon is a great choice for families, especially slightly larger ones, given the fact that Croydon has a veritable buffet selection of schools and public amenities. 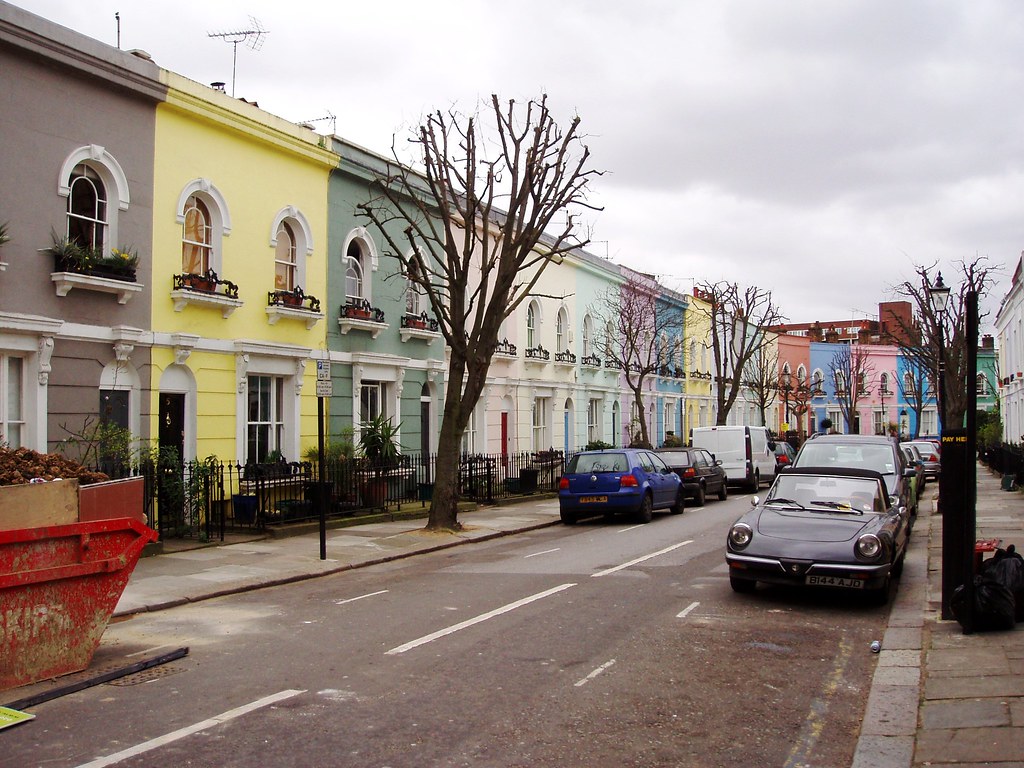 Kentish Town is the single most happening residential neighbourhood in London — boasting everything from multiple bustling high streets, to cineplexes, to several independent and brand stores.

Situated in the northern part of London, Kentish Town is cosily nestled between Primrose Hill on one side and Camden Town on the other, so each of these localities can benefit from the other’s amenities and facilities.

Kentish Town is a rather green area, and what is surprising is that though it was once considered a run-down part of the city, it now offers everything from affordable studio apartments to split independent townhouses.

Dalston is one of the most “first-time-friendly” neighbourhoods in London, catering to all sorts of demographics, from first-time renters to first-time buyers, to families that have lived there for generations.

The locality offers housing options ranging from open, spacious accommodations that are perfect for families, to affordable, new-build apartments that are more suited to students or young professionals.

Dalston has a lot of bakeries, is famous for them, and has a thriving underground nightclub culture. It has a very active high street, and a lot of university students choose Dalston as their roost during their college days.

A lot of immigrant families also settle down in Dalston, and the community bonds in the area are pretty tight, making Dalston a good choice to live in, especially if you have children, or if you are the social kind.

Once a centre of London’s industrial revolution, this erstwhile factory-laden neighbourhood is now a well-developed residential hub, with a lot of people settling down permanently here.

Battersea has a slightly older demographic, and in the last ten years or so, has started to become increasingly popular with the retiree generation too.

Located in south London, Battersea is also home to a boatload of celebrities, though most of these choose to live in the posher part of the borough, towards the waterfront.

Fun is never far when one is in Battersea, as the rest of London is at your fingertips, night, and day. It is a family-friendly, safe environment to live in, and has loads of entertainment and recreational facilities. 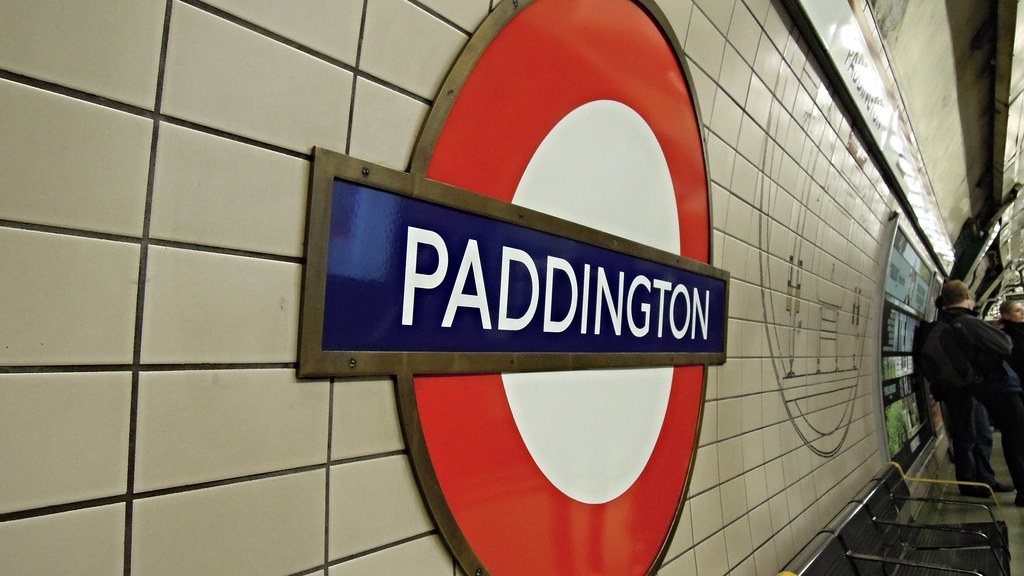 Paddington is a classic London locality and has become as much of a landmark as Big Ben or the Tower Of London.

Arguably brought into the spotlight by the world-famous television series of the same name, Paddington is the definition of well-connected.

Almost everything you think of is just a hop, skip, and a jump away when you live in Paddington, and thanks to the excellent rail connectivity, even the rest of the country is pretty much just a stone’s throw away.

Paddington caters to any and all demands that you can throw at her, from several different ranges and tiers of housing to various schools, medical centres, to recreational facilities.

Aside from being so developed, a nice thing about Paddington is that there is a fair amount of greenery around — it isn’t just a concrete jungle, making it a very nice environment to live in. 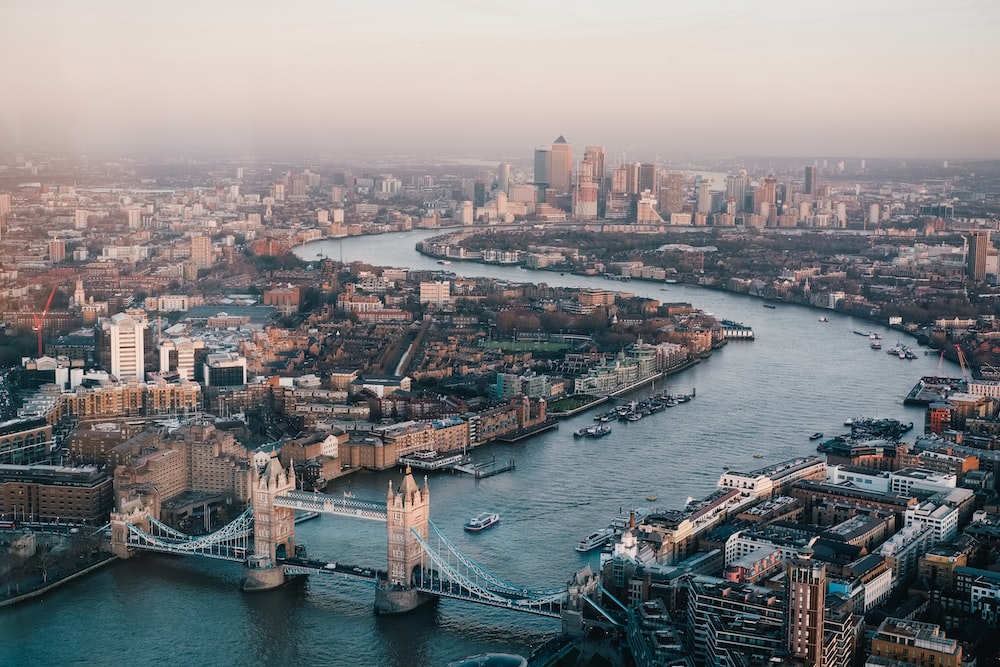 Whether you are emigrating to the United Kingdom as a working ex-pat, shifting there from one of the many commuter towns around London, or even if you are a bona fide Londoner looking to change localities, hopefully, this article has served as a rough guide, a place where you can begin your research.

The most important aspects to consider when choosing the neighbourhood that you will be moving to have all been covered in this article, and it is important to cover all bases because it is not like one can simply pack up and move on if you don’t like the area — it is impractical to think like that.

Thus, do your research well, and pick wisely. London is an amazing city that has loads to offer and you can find various guides on our blog that provide London tips such as:

Top 50 Hatton Garden Jewellers to Shop for the Best Jewellery

Top 10 Unique Things to do in Canary Wharf in London

And with that, congratulations on deciding to move to London — you will not regret the decision.